Let me introduce you to the king of burgers—Serbian Pljeskavica! After you try it, you’ll see why it’s so popular among most of the Balkans people.

Forget about McDonald’s and bring a taste of Serbia into your home! This Serbian pljeskavica recipe is truly a delight to the eye, palate, and all-around good eats.

It’s easy to prepare, but does need a bit of preparation time. Serving it inside pita bread with onion, pickles and national treasures—Ajvar and Kajmak is as authentic as it gets!

Pljeskavica is not just a burger; it’s an experience! So, if you want to try something new, venture out of your comfort zone and give this tasty Serbian dish a shot!

Pljeskavica, or Serbian burger patty, is a delectable, juicy, and spicy burger patty that is one of the most well-known and often consumed dishes in traditional Serbian cuisine!

It is a popular street dish in Serbia and the Balkans and you can find it in numerous booths and restaurants.

It’s commonly made with ground beef and grilled over charcoal. Other meats, such as hog or lamb, are occasionally included, as well as paprika, onions and a variety of different seasonings.

It’s commonly served as a hamburger, however, it can also be served with various condiments on the plate without any flatbread or bun.

There are multiple kinds of Pljeskavica today. Leskovacka pljeskavica, named after the town of Leskovac in southern Serbia that takes pride in this dish, is the most well-known. Every year, the Leskovac Grill Festival takes place there, and people compete to make the best Pljeskavica!

Other versions include Gurmanska Pljeskavica, Hajducka, which is made from smoked pork meat, and Sarska, which is loaded with bits of yellow cheese.

So, if you want to try and make Pljeskavica at home, get ready for an explosion of flavor! 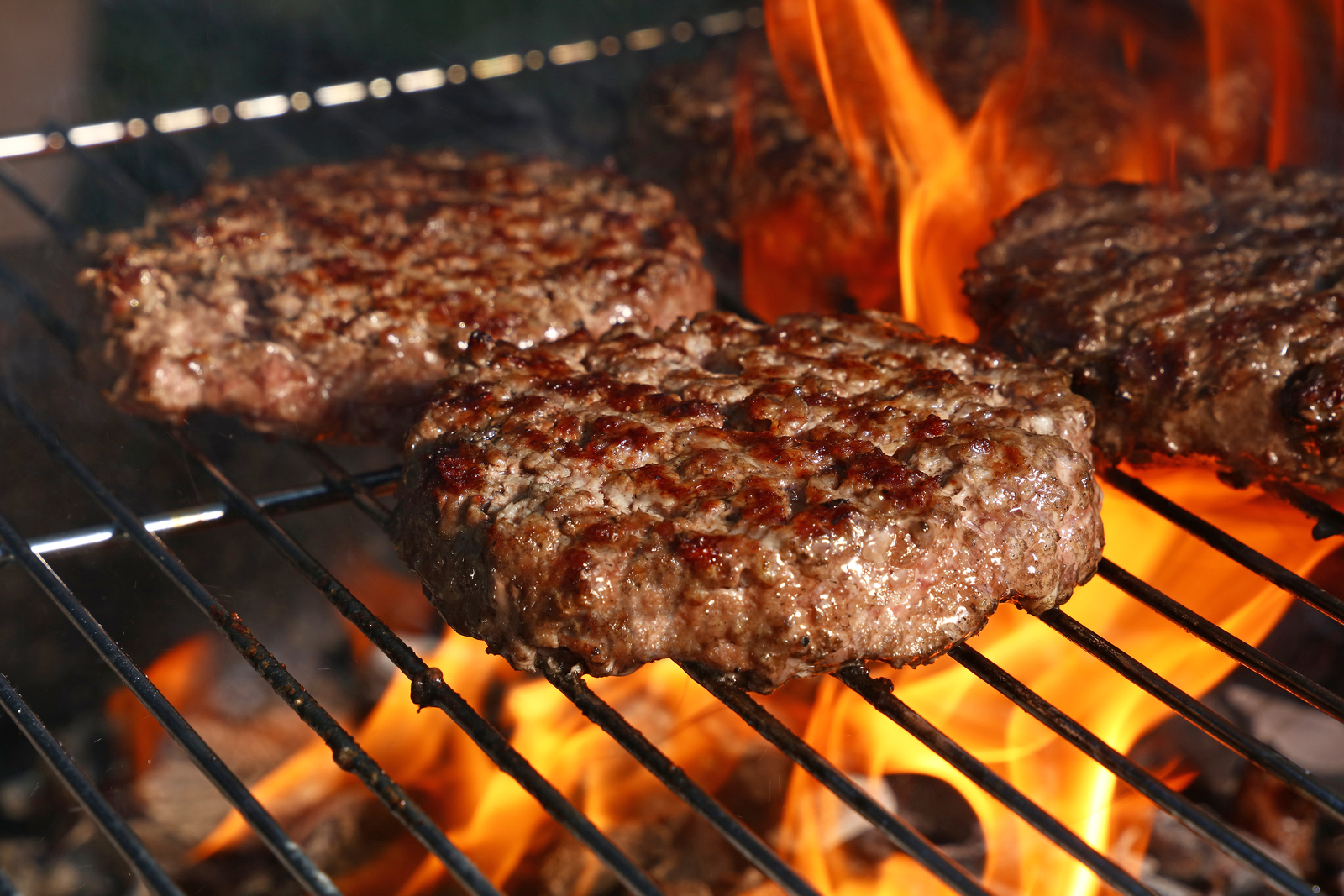 This form of meat preparation is thought to have come to Serbia from the Ottoman Empire, and its name comes from the word “pljesak”, which means “to clap hands” in Serbian.

On the other hand (no pun intended), these foods have their origins in the cradle of the ancient civilizations—Assyria and Persia.

Pljeskavica is also known as the Serbian hamburger. But, apart from the shape, the two dishes have some significant variations.

Pljeskavica has salt and pepper, unlike hamburgers, which are made only from meat and lack seasonings. Pljeskavica also has other ingredients, like onions and pepper, making it much more flavorful!

It is also much wider, consisting of fattier meat and combined for a longer time—to let the meat expand.

Even though the origin of Pljeskavica as we know it is in Serbia and has a long heritage there, people throughout the whole Balkans adore and enjoy this meat patty, as well!

For the meat patties:

For the burger assembly: 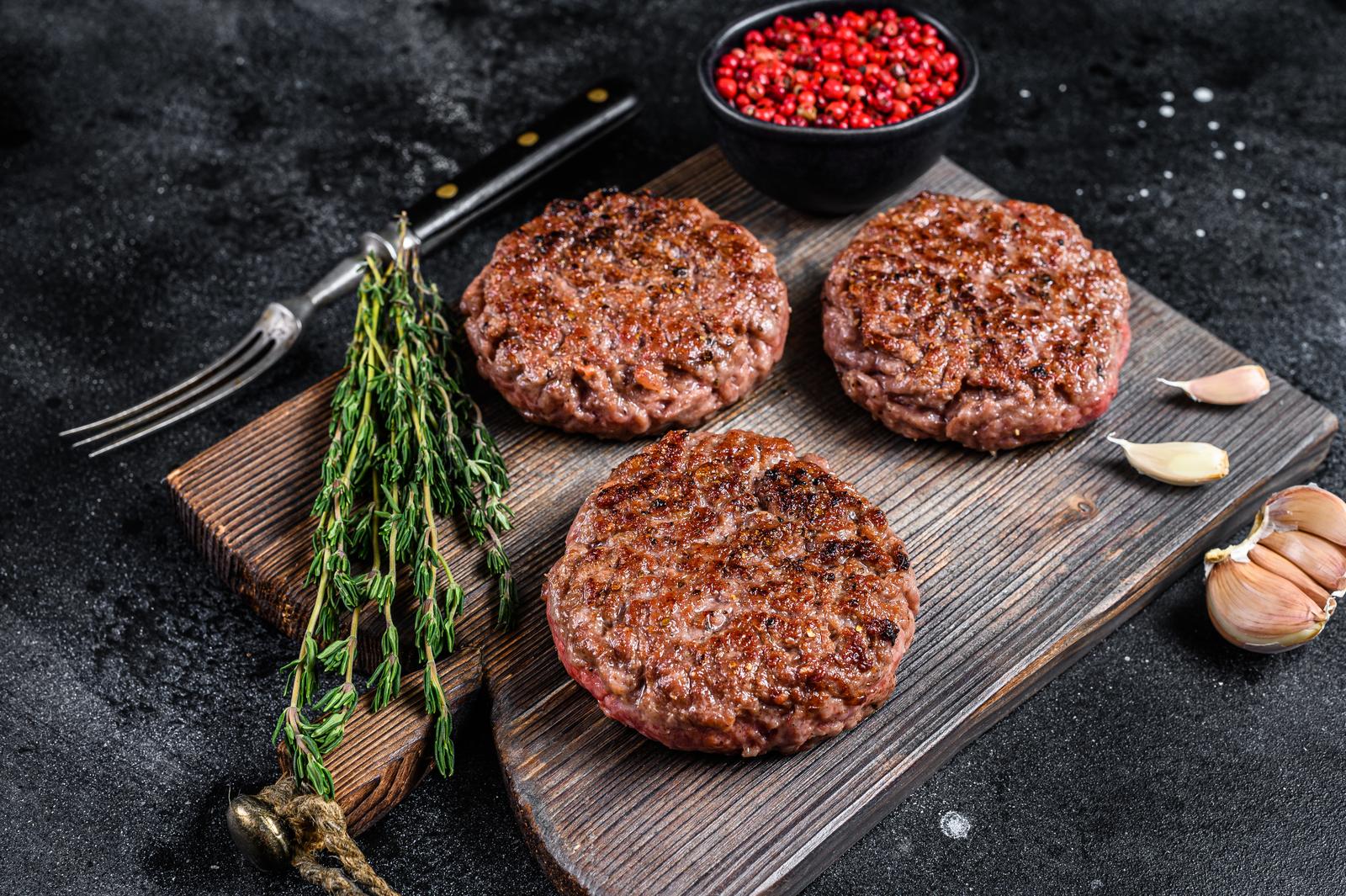 Combine ground beef and pork, salt, sweet paprika, black pepper, and sparkling water in a mixing bowl. Mix everything with your hands, as if you were kneading dough.

Brush the surface of the meat mixture with olive oil. It will aid in the retention of moisture. Refrigerate for at least a couple of hours or overnight after wrapping in plastic wrap.

Grab some onions and finely chop them. Mix the onions into the meat mixture thoroughly.

Divide the meaty dough into 4 balls and pound it into a thin patty using your hands. The diameter should be around 15–17cm.

After your patties are shaped, place them on a grill, or if you are cooking in your kitchen, just grab a frying pan and add a little bit of vegetable oil.

Cook the patties for about 3–4 minutes on each side or longer, the way you prefer.

Now that your patties are done, the best way to eat them is by making them into a burger!

Assemble your burgers by spreading ajvar and kajmak on pita pockets and adding onions and pickles as desired. You can also sprinkle some red paprika to spice up the taste! 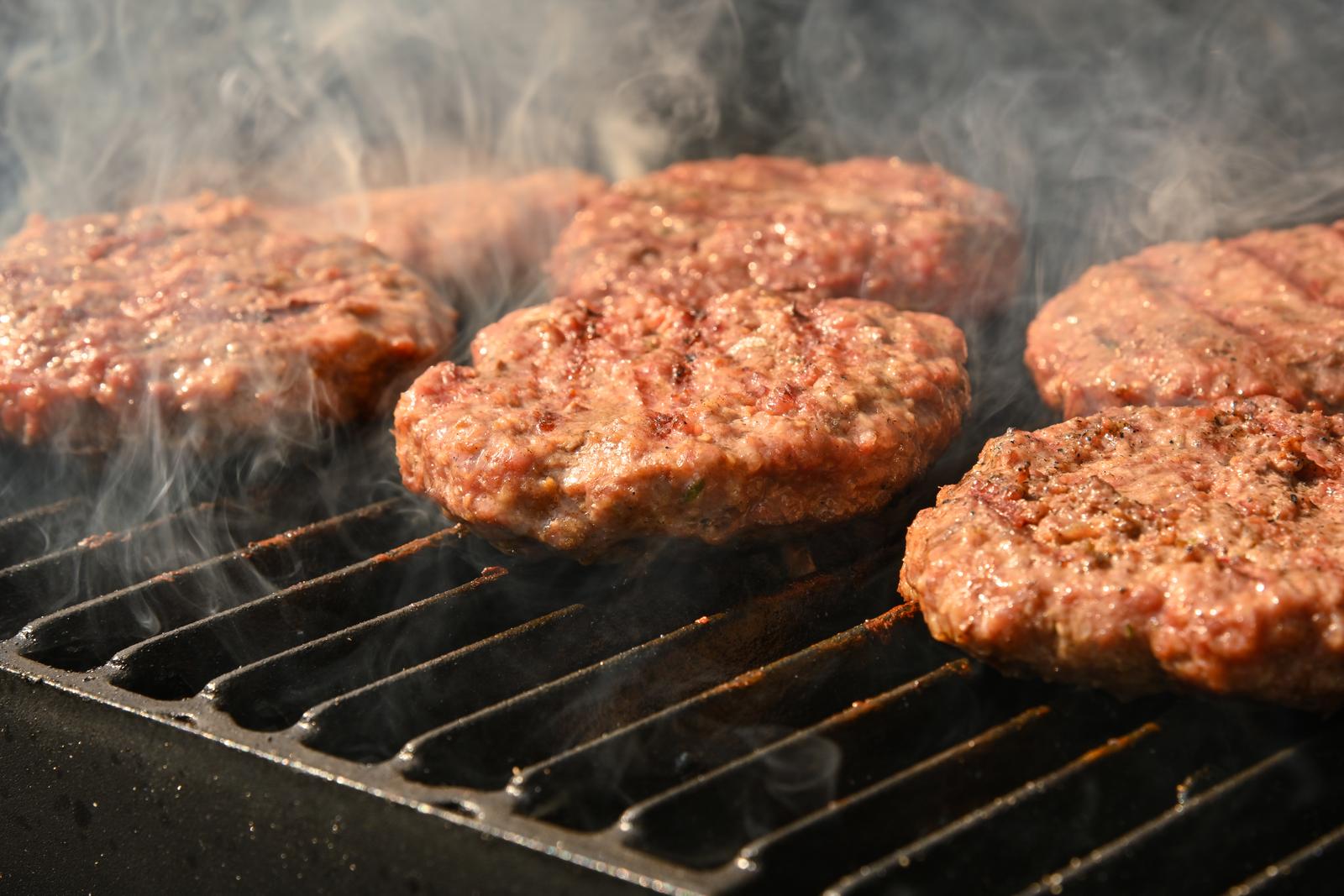 Whether you’re eating it as a main course for lunch or dinner, Pljeskavica will make a great addition to your menu!

It is traditionally served hot in flatbread or pogaca, which is similar to a baguette, and assembled as a hamburger, or just served on a plate with delicious condiments or Shopska Salad! In some restaurants, you will even find it served with a side of french fries or baked potatoes.

I also recommend you try it with a sprinkle of paprika on top or eat it with a side of pickles or hot pickled peppers. It goes great with a bit of extra spice!

But, traditionally, in northern parts of Serbia, Pljeskavica is served with sliced onions and sour cream, and in the southern parts, it comes with ajvar or roasted peppers with garlic and olive oil.

The combination of flavors is endless!

But, no matter how you decide to enjoy it, make sure that you pair it with a cold glass of beer!