Krofne are one of the most favorite desserts in the Balkans and a family favorite in the Peninsula for generations!

You can eat these doughnuts at any time of year, especially before the Great Lent begins. Traditionally, krofne are made from yeast dough and then deep-fried in oil, but you can also make them on top of the stove without using too much oil—if you prefer them lighter.

They are easy to make and a treat for people of all ages! This krofne recipe will show you how to make this authentic Balkan pastry at home in just a few simple steps.

Krofne are a type of doughnut made out of yeast dough, making them light, fluffy and delicious! They are considered a traditional pastry in the Balkans, often made before Lent begins.

Krofne are circular, like doughnuts, but without the hole in the center that you may find in American or Australian doughnuts.

The dough is very easy to handle, so even a beginner will be able to make them easily! They are usually filled with various fillings such as jelly, marmalade, jam or chocolate. You can also fill them with custard or cream, but that is less common.

In some regions they leave them empty, with just a generous dusting of confectioners sugar on top. Either way, they are absolutely delicious!

If you’re craving something sweet, this is the perfect recipe to try! 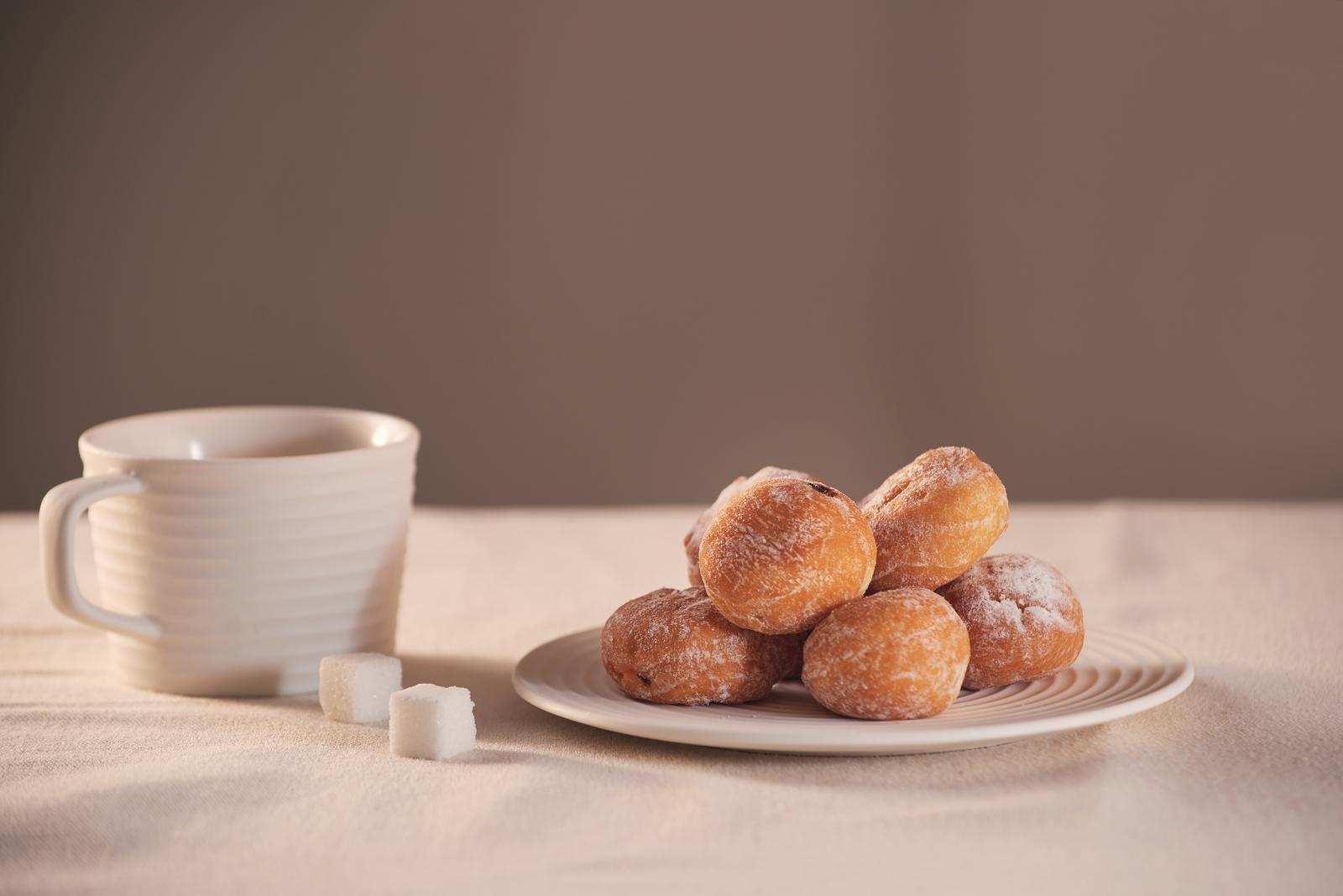 Krofne is a Croatian carnival pastry. This delicious dessert is traditionally served after Sunday lunch by mothers and grandmothers during the winter.

Croatia has had doughnut traditions for a very long time, but the tradition has its origins in Austria.

There are some parts of Croatia where they are also called “Krafne.” The name “Krafne” derives from Mrs. Cecilia Krapf, a.k.a. Cilly, who served as a pastry cook at the Court of the Emperor.

The story goes that she uncovered the recipe to street pastry makers, so they spread it throughout the Empire, and that’s how we got Krofne.

Currently, they are widespread across the Balkan Peninsula, with each country claiming them as their own with a slightly different recipe!

Among the best places to find Krofne in Croatia, you can look near the capital of Zagreb, in a town called Samobor. This town has a secret recipe!

But, nothing beats the homemade Krofne, cooked by every Balkan household using their own traditional recipe! And now, you can learn to make them in your own kitchen! 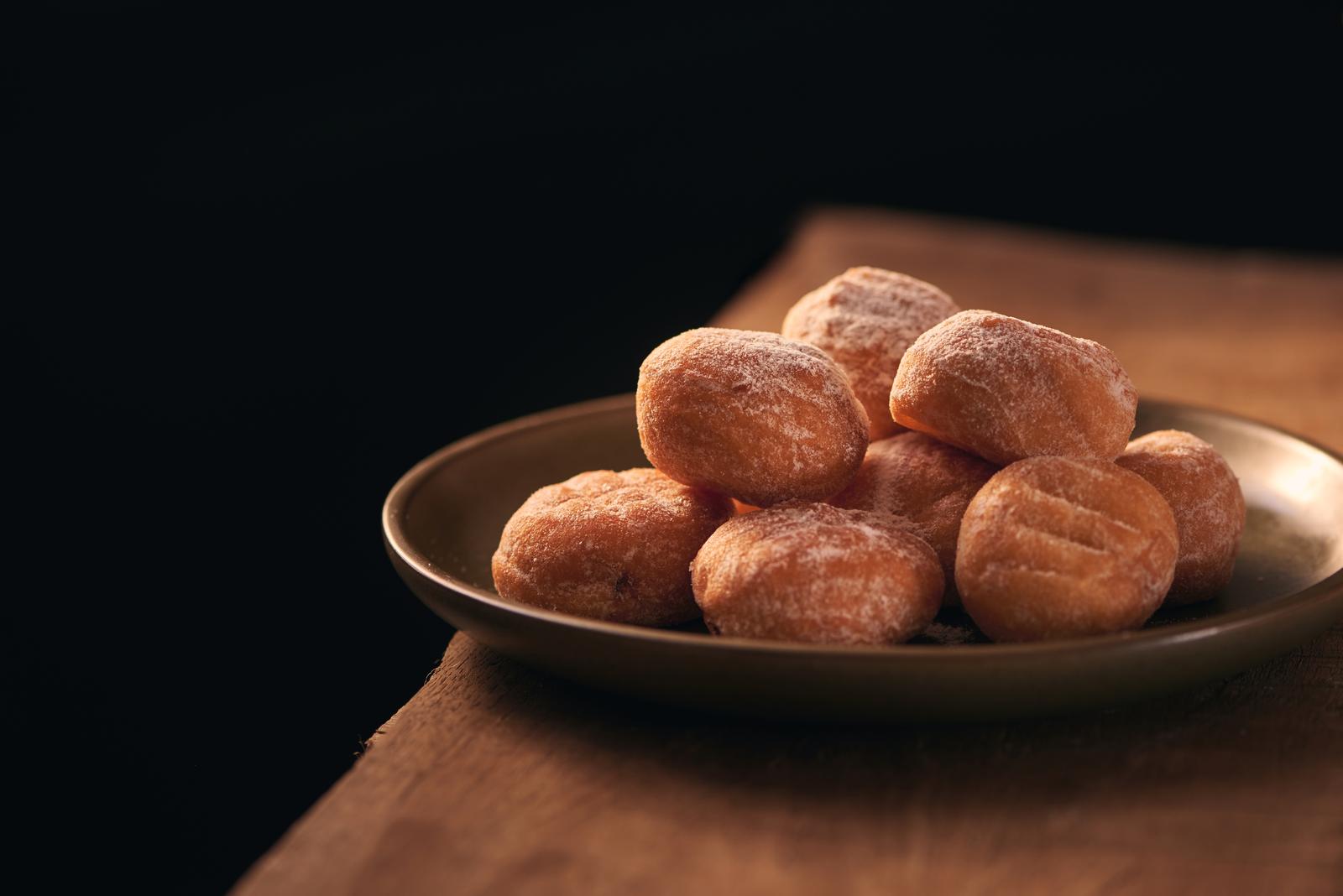 Stir in 8 tablespoons of butter, 1/4 cup sugar, and 2 teaspoons of salt, letting the butter dissolve completely. Later, set the mixture aside and let it cool to 110 F.

During this time, dissolve the yeast in 1 cup of water at 110 F.

Stir together the milk mixture, yeast mixture and 3 large, slightly beaten eggs at room temperature in a large bowl or stand mixer fitted with the dough hook.

Then, the 6 cups of all-purpose flour should be added gradually and combined until the batter is smooth.

The dough may still be sticky. If so, lightly dampen your hands and transfer the dough to a greased bowl, but do not add more flour.

If you want to achieve this, punch down the dough.

After the dough has rested, roll it out to a thickness of 1/2 inch on a lightly floured surface.

Use a 3-inch circular cutter or a glass to make round cuts.

Allow the dough to rise for approximately half an hour, covered.

In a heavy-bottomed skillet or Dutch oven, heat the oil to 375°F. To ensure that the temperature is correct, use a deep-frying thermometer.

Fry the dough in heated oil until gently browned on both sides, simply rotating once during the cooking process.

After your batch is fried, place it on absorbent paper to drain the oil.

Roll in granulated sugar or sprinkle with confectioners’ sugar while still hot. 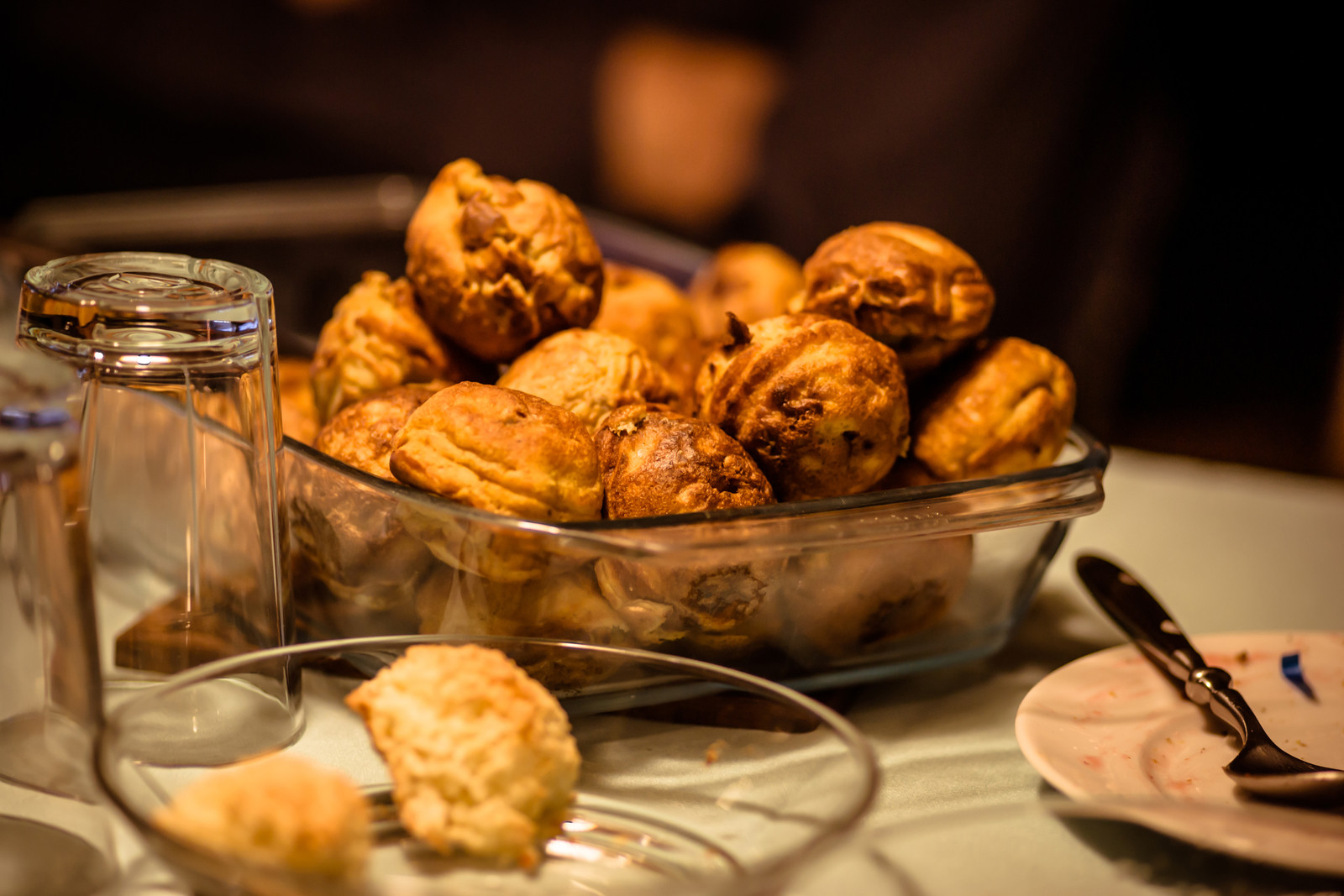 Now that you’ve mastered the classic Krofne recipe, it’s time to stuff and serve them with your favorite sweet fillings!

Choose your favorite jam, chocolate or vanilla cream, jelly or homemade marmalade and infuse the fluffy treats to your own preference. And if you prefer the simple kind of unfilled doughnut, just enjoy them as they are. Or, for extra flavor, place a dollop of jam chocolate drizzle on top of every krofne before serving them up!

Krofne are the ideal accompaniment to an afternoon tea or coffee and the perfect dessert after a hearty lunch!