Here before you are some new ideas for a tasty and healthy breakfast. Throughout this post, we share the Kaymak recipe for the traditional Balkan version.

Originally from the Turkic tribes of Central Asia, it gained prominence during the Ottoman Empire when it spread to the Balkans (especially to Serbia) where it remains a very popular dish even today.

This recipe demonstrates how to make a Kaymak in the comfort of your own home, but let’s begin from the beginning!

Besides tasting like a slightly stronger cheese, it’s also sweet. It is often compared to clotted cream.

This is a thick, creamy dairy product that tastes rich. Kaymak is made primarily of milk. It is traditionally prepared by boiling and simmering the milk over low heat for several hours.

Despite being a dairy dish, this dish contains about 60% of milk fat, making it a heavy breakfast that will keep you full for hours. 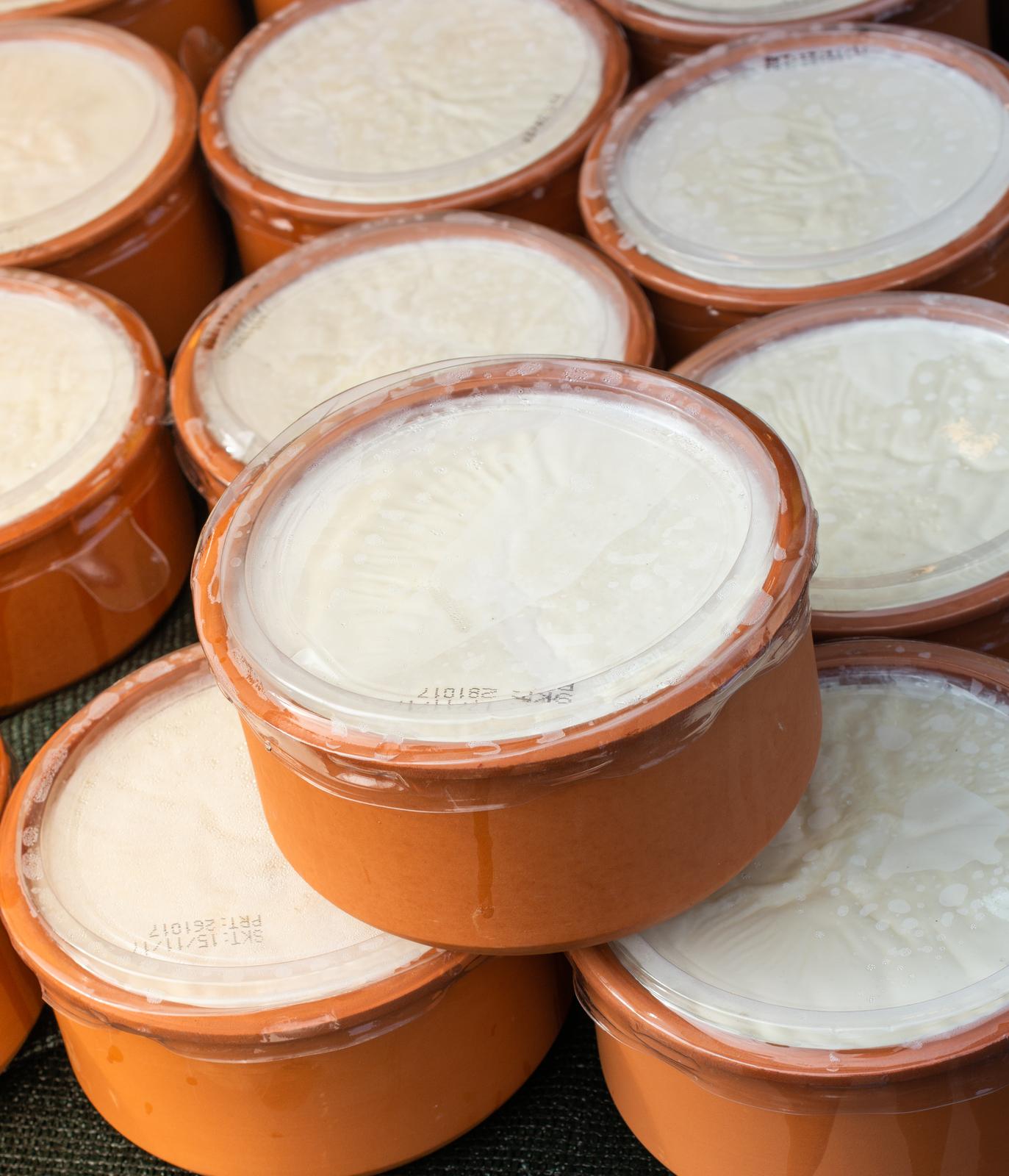 Mahmud al-Kashgari first mentioned the dish Kaymak in his book, Diwan Lughat al-Turk. According to the text, this dish originated among Turkic tribes in Central Asia.

The name comes from the Turkish word “Kaymak,” which signifies melting or molding. Therefore, it should be no surprise that this dish is called Kaymak (or Kaimak) in all Turkic countries in Central Asia.

Although it became famous during the Ottoman Empire, the dish reached its heights during the Balkans when most countries developed their own version of the kaymak recipe and mastered it.

For many Turkish and Balkan people, Kaymak is an indispensable breakfast ingredient, and it is often prepared at home.

In the Balkans, Kaymak is usually eaten as a breakfast dish or as an appetizer, but it can also be served as a side dish to many meat-based dishes. The Turkish version of Kajmak is probably one of the most expensive.

There are likely to be some countries in the Western hemisphere that do not have access to buffalo milk, but do not fret; we have alternatives. It’s a simple matter of mixing 1 liter of milk with 30–35% whipping cream (also known as heavy cream). The ratio should be about 1–1, and that’s practically all you need. 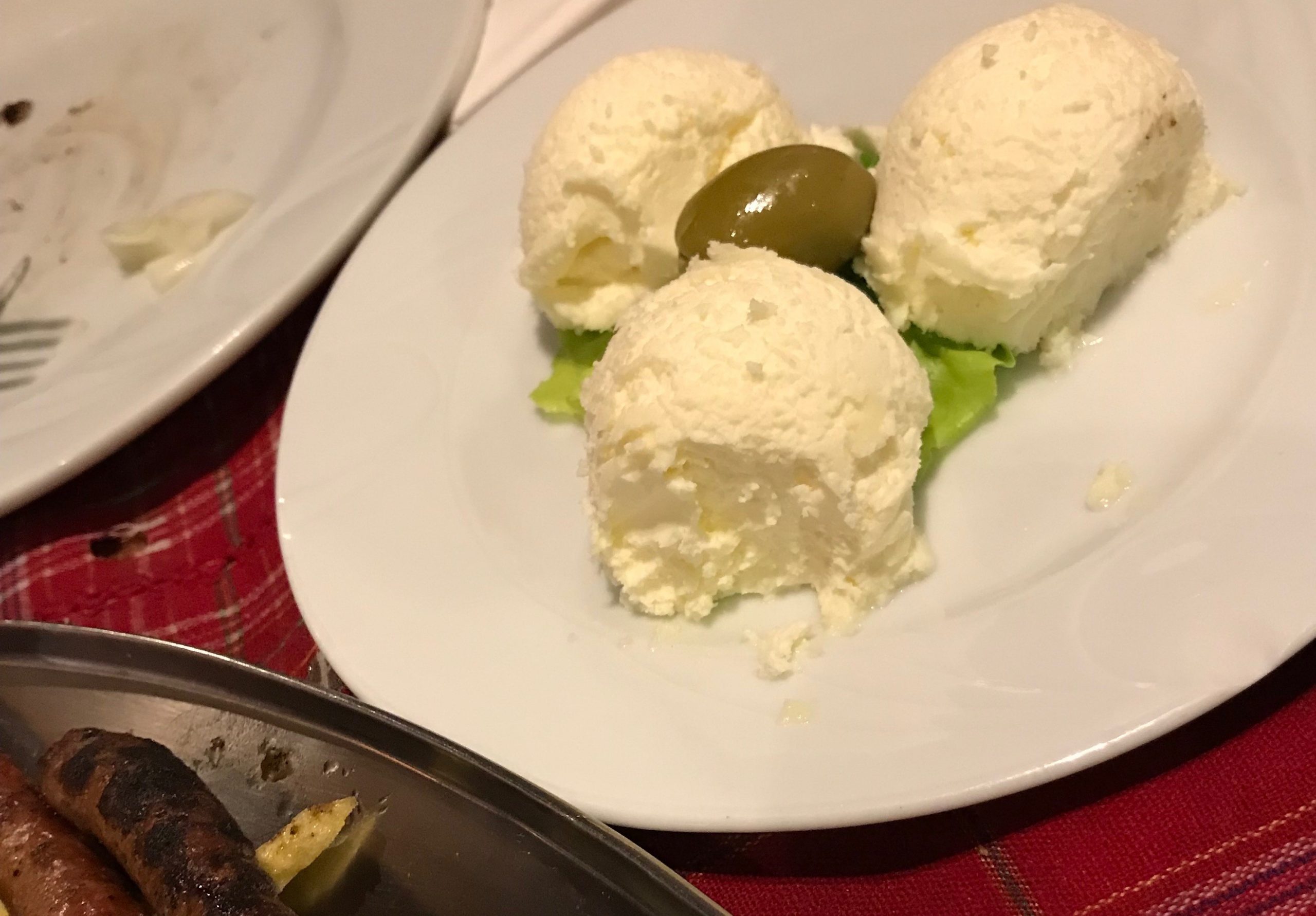 It’s best to start this recipe in the evening. It will be ready in 36 hours or so. I recommend using the best-quality milk and cream available. This will affect the outcome in terms of taste, but it is also a good idea for food safety.

The dairy will be heated in a double boiler. First, fill a large, wide pot with water about 1/4 to 1/3, then place another pot in the middle, also wide if possible.

Our goal is to keep the inside of the inner pot warm by using indirect heat from the water. This will keep the milk from scorching. First, make sure the inner pot is stable. If it has handles, hang it off the sides of the larger pot; otherwise, you can place a metal cookie cutter under the inner pot to keep it off the bottom.

Pour enough water into the outer pot to reach halfway up the sides of the inner pot. Next, pour the milk into the smaller pot and set your heat to high until the water is at a light boil.

It’s important not to let the milk boil over or move violently while stirring. It should be simmering at some point and the heat can be adjusted as necessary. You want your milk to be steaming and ever so slightly bubbly; anything harsher than that is too hot.

Pour the cream along with the salt into the milk and stir to combine them. Bring the milk back up to a steaming simmer, then turn the heat down to medium-low and simmer for 90 minutes. You shouldn’t stir past this point, no matter how tempting it may seem; we’re looking for the cream to form on top.

Put an end to the cooking process after 90 minutes and leave everything as it is overnight. Don’t move anything, don’t stir anything. If you’d like, you can cover the smaller pot after a few hours, but you’ll need to let the milk slowly evaporate.

Set the stove to medium heat in the morning and warm everything up for a couple of minutes, then turn it down to medium-low for about 30 minutes. If necessary, move the smaller pot to a cooling rack and allow it to come to room temperature, then cover it and place it in the refrigerator. You don’t need to stir!

You should be able to see Kajmak forming in the pot by the morning. It should have turned into a dense substance comparable to cream cheese if you’re lucky.

You may find that there’s milk half an inch below the surface. If this is the case, skim the cheese from the top, cutting around the pot’s edge with a knife to get all the creamy goodness.

Combine the solid, curdled or thick-and-creamy parts of the mixture. Drain any pieces that break off. Leave any milk or cream at the bottom of the pot.

After mixing all your Kajmak with a fork, put it into a fresh container. It may still be a bit chunky or curdy, but that doesn’t bother me. It will thicken and smooth out in the fridge if you leave it a bit longer. Taste and add salt if necessary. 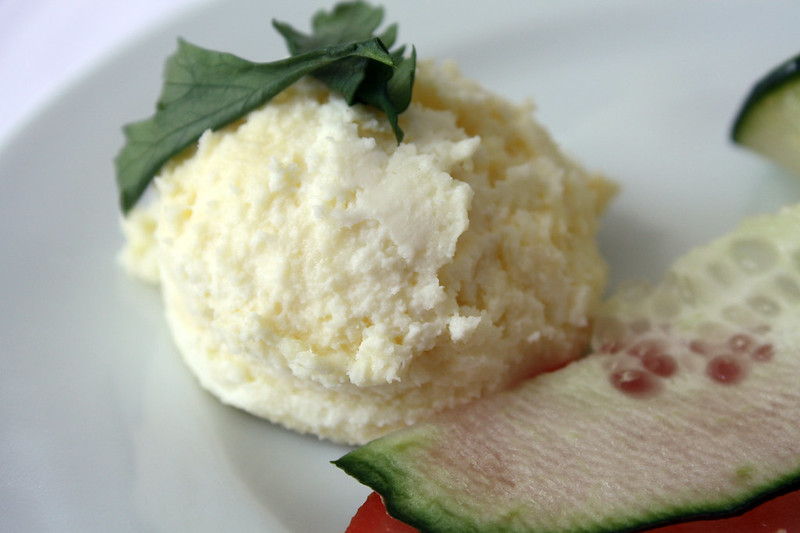 The taste of Kaymak after being refrigerated is much better. Kaymak can be prepared and stored in your refrigerator for up to 2–3 weeks after making it. However, keep in mind that after the 5th day, quality will begin to decrease, so don’t store it for too long.

While Kaymak is served differently in different countries, this recipe focuses on how it is served in countries such as Macedonia, Serbia, Bulgaria, Greece, etc.

Kaymak is typically served with bread such as pogacha, zelnik, or proja and a cup of tea, although it can also be paired with a variety of different types of meat dishes.

It’s commonly served with bread as an appetizer (lepinja sa kajmakom), but it’s also used in a variety of ways: melted on the Balkan equivalent of hamburger patties (pljeskavica sa kajmakom), cooked with beef shank meat (ribić u kajmak), or tucked in pita bread with ćevapčići sausages. In short, this cheese is especially delicious in any meal you need a bit of sweetness and strong flavor.